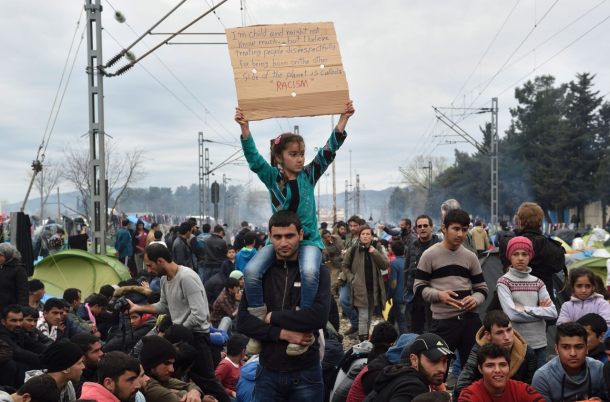 As with last year, June 20th is an international day to push the agenda for displaced families across the world. Currently 2-3 million children are not in education due to war and poverty. Brian Donald, an Europol official, has announced that 10,000 minors who are migrants have disappeared, we actually don’t know what happened to them. One day soon, climate change may cause a different kind of mass exodus, but currently the proxy wars in Syria, Yemen, Iraq, Afghanistan and the historical areas of Kurdistan currently divided between 4 other nations, amongst others, are regions in which stability is not something one can rely upon.

The attacks in Brussels and Paris have exacerbated already simmering feelings of resentment, fear and distance from people who are not connected to the atrocities in any way, other than they come from the same sides of the planet. Threats of closing borders and changes in polices abound in Europe, one of the most stable and peaceful regions on earth.

It is quite certain that if the opposers were to meet the individual families they were protesting against, they would feel differently, xenophobia cannot survive if human stories are pushed to the fore, instead of sweeping news coverage that makes these individuals seem like a mass to be seen as one. CARE arranged for World War II survivors to write to Syrian children today, the video about which is below. If you want to donate Save the Children or Refugee Action UK are useful and reliable charities with which to do so. There is also the useful website Charity Navigator. If you want to help in other ways, Dazed magazine offers these suggestions. Some seeking refuge report that they are shot at at certain borders, while others, including their small children, have been gassed.