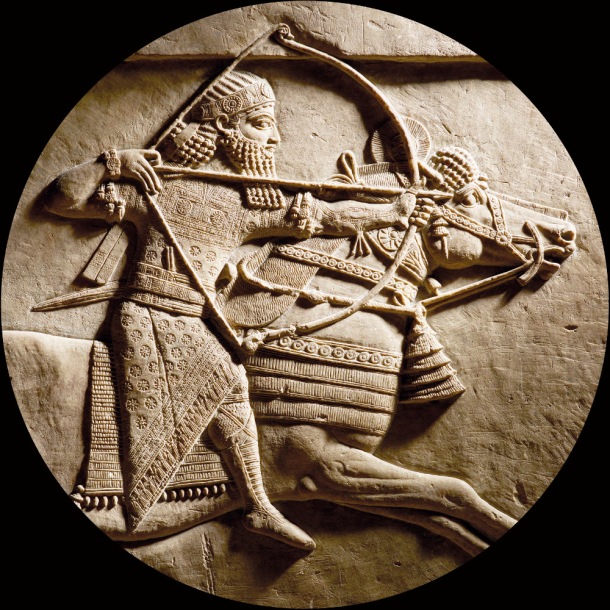 This week’s Six Pillars radio show: an in depth tour of “I Am Ashurbanipal, King of the World” currently on show at The British Museum London. One of history’s most dominant Kings, this Assyrian has yet been forgotten. A fierce, entirely merciless warrior, a proud scholar (the first in his line), empire-builder, a self-proclaimed king-slayer, a frequent lion hunter (to show his prowess, as lion’s represented chaos) and collector of works on magic, medicine and law in cuneiform script (an alphabet of several languages printed in clay in lines and wedges) script.

One of the reliefs on show, Ashubanipial as a ‘servant’ of the gods killing chaos, embodied in the lion.

At the time of Ashurbanipal’s reign (669–c. 631 BC) Assyria was the largest empire in the world, based in Iraq & Syria stretching from Cyprus in the west, to Iran in the east, and even once included Egypt. Exhibition projects curator Carine Harmand gives an insider’s view of the exhibition, both of the artifacts uses, meanings and origins, and the history time line of a king that ‘ruled the world’ but is now remembered as a tyrant. The show ends soon.

A staff member considers the relief of one of Ashurbanipal’s eunuchs, who held regional seats of power, which would return to the king, and not their family, on their death.

On air, on digital radio DAB in London and LISTEN ONLINE from anywhere…. on Resonance104.4FM

After the repeat, catch the PODCAST. 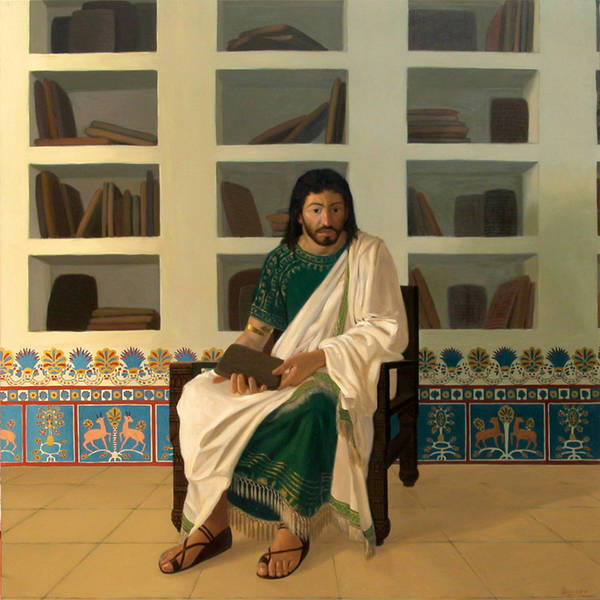 This artwork (not included in the exhibition) is by a contemporary artists and depicts the Assyrian king in his library, in contemplation.

Ashurbanipal’s Empire at the height of his power